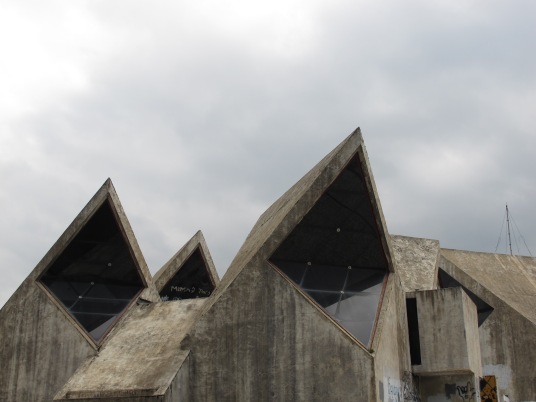 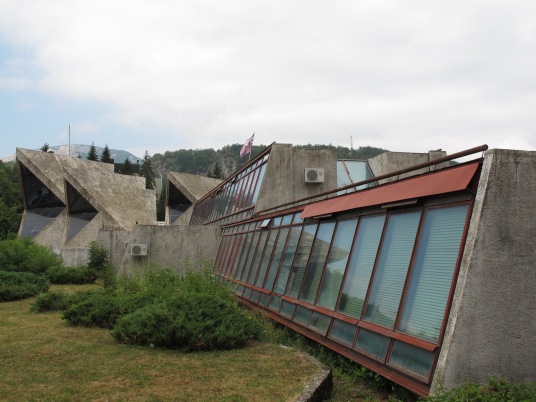 Kolasin, a quiet and peaceful town in northern Montenegro is famous as a base for exploring the Bjelasica Mountains and for skiing.

At first sight it looks as a common ski-resort with the ubiquitous chalets, bungalows, hotels and all the other tourist facilities which you could expect from such a place. But when you reach the main square a weird futuristic-like building reveals itself; it looks like a spaceship or a building made of forms inspired by origami.

It is one of the many monuments in former Yugoslavia to commemorate sites where WWII battles took place. These “spomeniks” or monuments were built in the 1960’s and 1970’s and all had a futuristic and monumental style in common to emphasize the strength of the former socialist country. Nowadays – after the break-up of Yugoslavia – many of these monuments have lost their significance and some have been abandoned or even destroyed. For more pictures of these “spomeniks” check the series of the Belgian photographer Jan Kempenaers here.

One thought on “WWII Spomenik, Kolasin”